The Heart of Winter 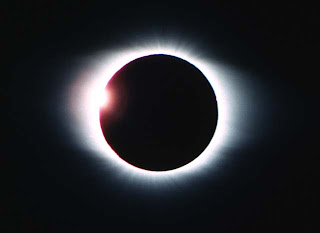 In my last post I mention that Jerry Hope and I had not managed to remain in touch.
At that time I had gone through a divorce and had started a new life in Derby eventually leaving for Shropshire and fatherhood. Jerry had moved from Derby over to Nottingham. Nothing unusual about that, life goes on at a frantic pace and people do what they must.
I first met Jerry when Andy Moore invited me down to take part in a Music/Arts/Spoken Word Cabaret called The Escape Committee. Those involved included Mo Pickering, Edward Symes, Dave McNicholas, Mr Johnson (Andy Moore's fabulous band) Mark Gwynne Jones, Rob Gee, Jerry Hope and me.
The Escape Committee performed at the Lizard Eclipse Festival in 1999 and we made the Channel 4 news by being paid in sweet and savoury Cornish pasties!
Jerry wrote The Heart of Winter specifically for Wild River and the version I used for the album performance was his first take. He nailed it in one! It's full of drama and Jerry's choice of language coupled with his performance makes the piece engaging and magical.
Last night I decided to call Mo and Edward Pickering-Symes to catch up. Eventually the conversation got around to Jerry and Ed said he had bad news for me. Sadly Jerry died of cancer in 2008.
So, if you own a copy of  Wild River play Joely and at the end of it listen to Jerry recite his beautiful poem The Heart of Winter.
Something's aren't meant to last...............
Posted by David Longdon at 06:17 3 comments:

Wild River is my first solo album and it is now available to buy from the Big Big Train shop.
The album is about transition, going from one life into another and from one century into the next. It was also a reaction against the writing I'd been channeling into my band The Gifthorse. It was released in 2004 and was recorded after the demise of The Gifthorse and after the Genesis auditions.
I've always enjoyed acoustic and experimental music and Wild River showcases my enthusiasm in these areas. I was hungry to explore, create and work with some interesting people.
Wild River is intentionally eclectic by design and that's still fine by me. No apology! 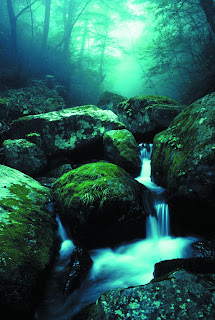 I fondly recall the sessions and the many friends who contributed to the album. I am grateful for Andy Lymn's relentless enthusiasm (even now I still feel it, although he's half way around the world.)
Check out Beth Noble and her astonishing performances. Lee Horsley's fiery Hammond Organ. Enjoy the bass playing of Richard Lymn and Andy Moore. I salute them all!


The Magic Club, in my mind  was the sonic combination  of Andy L, Beth and I. Listening back to Wild River always invokes many powerful memories of a time when my life was completely different.
The wonderful poem The Heart of Winter at the end of Joely is written and recited by Jerry Hope. Jerry and I have unfortunately lost contact so if by chance he finds this or if it finds him, I'd love for us to do some more work together.
Dave Gregory adds his liquid guitar phrases and throws bombastic/melodic Mellotron parts into the equation. We first met when we were recording Jackie Girl with Louis Philippe
Last and by no means least are the astonishing contributions by my old friend Michael Brown. I've known Michael since we were at college together. He played the beautiful layered atmospheric guitar introduction to In Essence. He also plays the solo at the climax of Wild River. Michael mixed the album and continually bombarded me with encouragement throughout the whole process until the work was completed.

Wild River defiantly wears its heart on its sleeve. 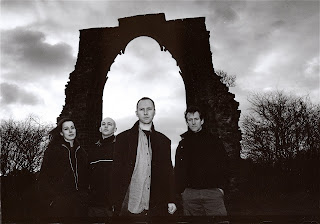