We aboard the Big Big Train are once again getting ready to go into Aubitt for the second vocal tracking session for English Electric.

I have been frantically trying to complete the lyrics for A Boy in Darkness. It has taken a great deal of work to get it to where it currently is but I'm not out of the woods just yet. The subject matter is tricky and I've had to do lots of research. Let's hope I have some finished words to sing in two weeks time.

It has been mentioned that English Electric will be a double album released in two parts. That means it will need to work as a whole and also as individual releases, so listing the running order is taking some time. Once we have one in place and I know which tracks are going where, I will write about the songs and their subject matter. 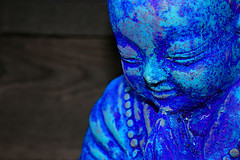 Nick will be in the UK once again at Christmas and there are more tracks awaiting him. Greg has written a couple, we've co-written some more and I have contributed two.

One track is called Make Some Noise and is about being young and forming your first band. It was originally intended for a solo autobiographical concept album I intend to make called DOOR 1. There is another song taken from DOOR 1 which will feature on English Electric called Uncle Jack.

Since joining BBT I only have limited time to give to music and all my creative output is currently housed within BBT. Hopefully DOOR 1 will at some point, see the light of day. It could be my Lifehouse.

The second song is called Judas Unrepentant but I don't want to say too much about this one just yet.

Andy is preparing audio files to send to Dave Desmond, so he can arrange the brass parts. Dave Gregory has completed work on a project by Steve Hogarth and Richard Barbieri.

Dave G and Martin Orford will be joining us at Aubitt for the session and inevitable curry.

Did I also mention that we have a very special guest keyboardist lined up to play in the middle section of  A Boy in Darkness?