We (BBT and our significant others) converged in Wales back in April to have a weekend away and discuss future plans. 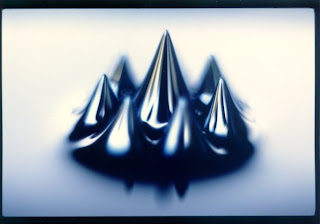 I'd been listening to The Wall over the Easter period. The title of my first blog entry makes a nod towards it.
Over the past few years I've been listening in depth to classic concept albums, Thick As A Brick, Tommy, S F Sorrow, The Lamb Lies Down On Broadway etc (there were many others and I'm sure you all have your own choices in mind......) and considering what it is about these albums that makes them work so well.
It was during our welsh weekend that Big Big Train decided to do something on a grand scale. A big big thing. I mentioned in an earlier blog that I would have loved to work again with Jerry Hope. Jerry would have been perfect for such a collaboration. His superb imagination, his way with words and his storytelling. Sadly not to be...
Instead I've done a great amount of thinking about the conversations Jerry and I had. The books that Jerry and I shared with each other including such gems as   Iain Banks' The Bridge, Robert Holdstock's Mythago Wood, Alasdair Gray's Lanark: A life in Four Books, Michael Moorcock's Jerry Cornelius books. (Jerry and I were both, more than a little in love with Una Persson)
The project is coming together and I'll keep you posted as things develop.
Peace
David
Posted by David Longdon at 08:17 4 comments:

I've recorded some accordion on Fat Billy Shouts Mine as requested by Mr Spawton. It suits it very well.

I braved the west midlands car park, lovingly known as the M6 (both ways) and set off to Hobgoblin at The Custard Factory in Birmingham UK to collect it.

Thanks go out to Mark who works there (he plays a mean accordion and you can see him on the left in the picture included in the above link ) for being so helpful and making sure I bought a suitable 'box' for recording.

It is easy enough to record and it will be heard on The Wide Open Sea and possibly Brambling too. All the above tracks will be featured on Big Big Train's  Far Skies Deep Time e.p due out later this year.
WARNING: It is not advisable to play the accordion naked! I've not tried it but it struck me as being an unwise thing to do.

I'd like to draw your attention to this.
It's a drum cover of Victorian Brickwork by Ryan Bentley. Ryan did this as a piece for his Music Performance coursework and was awarded full marks for it! Good work Ryan.
Those of you who regularly read this blog will note that Ryan is a regular contributor to the comment pages and is a BBT enthusiast. If you look to the right of this post you may also spot Ryan as a follower of this blog.
Greg, Andy and I are flattered that Ryan chose to do it and we think he's made a splendid job of it.
Enjoy! 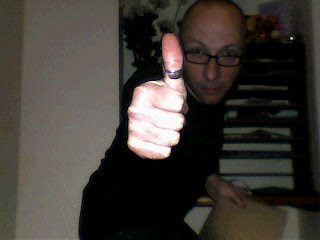 Photograph by Eloise
Posted by David Longdon at 23:20 2 comments: