The story behind Leopards is simple in one sense. Essentially it is a love story but you know love; it can be... complicated.

Leopards is a song about two people who had gone their separate ways after the end of their relationship. Years pass until one day, by chance the pair meet again.  Their mutual feelings are rekindled and they carefully begin to rebuild their relationship. Inevitably, they both have their insecurities, their baggage and fears.

On the eve of her birthday, he presents her with a small ornate jewellery box which when opened, contains a beautiful Cartier Panther brooch. The jewelled body of the beast sparkles in the light. It must have cost a fortune. She pins the bejewelled feline to the lapel of her dress and as she stands to admire it in the large mirror above the mantlepiece, he drapes her shawl around her shoulders. He gently kisses the nape of her neck as he does so. It may be the champagne or the high emotion of the moment but she finds herself lost for a while in her reverie.

But she is troubled by her rekindled love towards her former lover. Back then she loved him dearly and afterwards she then had to learn to live without him. She remembers her terrible sorrow and it has taken time and courage to learn to trust and to give again.

Her dilemma is this:- He tells her that he was a fool to leave her. He says that not one single day had passed since they parted without him thinking of her and regretting his selfish act. He also says that he has changed but the question she asks herself is this:- Are we really able to change?

On one hand, if she does not surrender herself, she will never know what could be. On the other, will her fear of being hurt all over again outweigh her overwhelming desire to love him and be loved by him?

The leopard metaphor within the title concerns itself of course with the old proverbial question 'can a leopard change its spots?'

The gentle rolling acoustic guitar riff is played in DADGAD. Danny Manners adds a swinging double bass. Nick D'Virgilio's drumming is subtle but hits hard in all the right places. I did at one point, consider that it might make a good duet but I changed my mind for some reason, during the recording process. Dave Gregory turns in some incredible guitar playing here, listen how he moves around within this arrangement. Greg Spawton lends a hand with some backing vocals. Andy Poole remarked as we were recording the vocals, that although Leopards is considerably shorter in length in comparison with some of the other BBT tracks, it was no less complicated to record.

The strings were beautifully performed by The Covent Garden String Quartet and the arrangement is once again by Louis Philippe. As you can see clearly in the picture below, recording engineer Ken Brake has collapsed after giving his all! 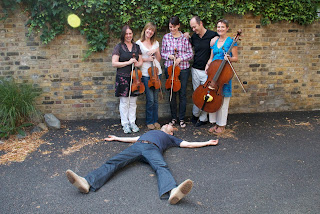 I thought Louis would be the perfect choice for Leopards and he came up with the lovely swooning string intro that starts the track off. It is also featured at the start of our Big Big Train promotional video, released in order to plug English Electric Part 1. Louis' arrangement gives the track a romantic nostalgic feel and for me it seems to set the piece within a specific era. I can almost imagine it as part of a Powell and Pressburger film. 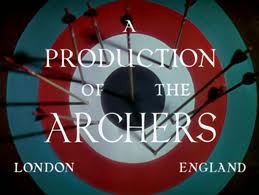 While I'm on the subject, my favourite film without question is 'A Matter of Life and Death*' Directed by Michael Powell and written by the masterful Emeric Pressburger. I first saw it when I was ill as a child. I was feverish and lay on my parents sofa, watching this incredible movie. It was so unusual that I thought I surely must have dreamed the whole thing. Years later I saw it again and recognised it at once. Check it out, you will not regret it.

If you would like to have a preview of Leopards before English Electric Part 2 is released, it is featured here in podcast No.9 on Louis' site. Louis is being interviewed by our very own [and long time Louis Philippe musical accomplice] Danny Manners

That's all from me for English Electric Part 2

Until the next time...