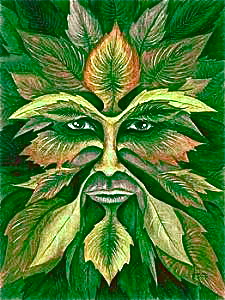 So, here we are with the last blog entry for the songs featured on English Electric Part 1. When we began working on English Electric, Greg Spawton had been working on some musical ideas for a song called Hedgerow. I had written Uncle Jack which also mentions hedgerows in the lyric, so it was natural for us to make a rural comparison between the two pieces. As I have said in other posts, my uncle was a collier who spent his working life below the ground which gave him a deep appreciation for the natural world, nature, seasons and wildlife. He would walk his dog 'Peg' and spend as much time outdoors as possible. (Listen out for Peg in the track)

When I heard the initial demo for Hedgerow, it featured an opening section that had a 1960's feel to it. It reminded Andy Poole of something that The Move might have written. I wrote some lyrics for it based around Greg's demo phrasing. It is about my Uncle Jack once again only this time it focusses on the contrast between his life on the earth's surface and his working life below. The song has an anthemic feel to it as it develops. It includes great musical contributions from Rachel Hall who adds layered violin. Backing vocalists Lily Adams and Violet Adams reprise their nursery rhyme-like list of the sort of things that you would expect to find in a british hedgerow, previously featured in Uncle Jack (track two) . Danny Manners once again plays piano and the track also features Daniel Steinhardt on guitar who plays with Dave Gregory in Tin Spirits.

Hedgerow has a 'cast of thousands'. Well, not thousands but it does feature a large number of musicians. The Brass band are back! Dave Desmond and his men once again make the hairs stand up on the back of our necks with the Beatles-esque coda, especially with Ben Godfrey's cornet lines. I remember writing the embryonic demo idea for the brass one sunday afternoon and when I reached the final bar I added a 'tally-ho' trumpet phrase. I did this mainly to make Andy laugh when he received my audio files but it was I who laughed when I heard the brass sessions and good old Dave Desmond had included it in his arrangement. The 'Hedgehoppers Chorus' consists of, the voices of the brass players, Nick D'Virgilio, Dave Gregory, Martin Orford and Sandra Olma. It adds an 'all together now' sing along feel. We've included a number of 'sing along' songs on English Electric because when we play live, it will be great to get you all involved!

The blogs written by Greg and I over the last few months have helped us reveal the various stories, ideas, meanings and developments that have gone into making the music of English Electric. We hope that it adds to your listening experience and from the positive feedback we have received, it has been successful.

We would also like to thank you for all the continued support you have given to us. It makes a difference. We especially enjoy reading the comments and debates from all our friends who are part of the ever growing BBT Facebook Group community. Thank you for your comments and words of encouragement. It really has spurred us on and given us the confidence to be braver and to reach further.

English Electric Part 1 has received some fabulous comments so far including Rich Wilson's glowing review [which made us shelve long term plans for our 'BBT presents Fred Dibnah/The Musical' album] and Nick Shilton's interview with us for PROG magazine Aug 2012. Geoff Barton the legendary music journalist brilliantly said in the September edition of Classic Rock, that we are 'the prog equivalent of the Olympics opening ceremony.'

We would like to thank Professor Brad Birzer and David 'Wilf' Elliot for their championing of 'The Train' over the last few years and urge you to listen to David's Dividing Line, European Perspective special on English Electric. There are other interviews coming along soon from Alison Henderson and Cliff Pearson as well as the recent one from Jordan Blum, and, again, thank you to Alison, Cliff and Jordan for helping to spread the word.

Once again we have reached the point where we now pass the album over to you.
We hope you enjoy English Electric Part 1
Love
Big Big Train: Andy, Greg, David, Dave & Nick