Here we are at the end of another year and what a fantastic year it has been, not only for Big Big Train but also for Progressive Rock Music in general. There have been some tremendous releases in our genre this year.

This post is intended to be a brief overview of our year, from my 'behind the mic' viewpoint.

On the 2nd of January 2 2013, we found ourselves on location at the Eastleigh Railway Works in Southampton. As you would expect, it was cold despite the addition of an industrial heater. The works were in use by the railway carriage engineers and we were in awe of the sheer scale of the work that these men carry out, as if it was nothing. It felt most strange performing along to our track in the midst of all this dramatic industrial scenery. Eventually though, after a few runs through, we began to get used to the absurdity of it and we adjusted to the weirdness of it. The video was made to give those who are interested in us, a glimpse of what it might be like, when we perform live. The video was directed by Peter Callow and upon it's release in September this year, it has helped to opened up new possibilities for us.

January 2013 also found me working on material for Andy Tillison. I'd been invited to contribute vocals and had received audio stems. I started working on vocal arrangements for what would become Le Sacre Du Travail the seventh studio album by The Tangent. Andy is 'the voice' of The Tangent and it is his idiosyncratic narrative that is identifiable as the vocal sound of the band. So I concentrated on building my vocals around his top lines. I enjoy The Tangent and working on the material was thrilling.

Chris Topham of Plane Groovy approached BBT in 2012 with the proposal of releasing EEpt 1 on vinyl.  Initially we thought that having it available on vinyl would only appeal to a small and selective niche market of vinyl junkies but we were wrong. Releasing it on vinyl had a much bigger impact for us than that. The resourceful Marc Catchpole managed to place a vinyl copy of EE pt 1 into the hands of legendary broadcaster Bob Harris, when Bob was hosting the Classic Rock Society awards. We have been labelled as being a 'crossover progressive rock band' by some and this came to be justified when 'Uncle Jack' was played on Bob's show. This opened the door and subsequently other BBT material was broadcast, which has helped to bring our music to a wider audience.

English Electric Part 2 came out in March 2013, continuing seamlessly on from where Part 1 left off. Like it's sibling, it too is available on vinyl. It was a tricky process getting the balance right over the two English Electric releases. Although they would eventually be merged into one, both releases had to have their own zen about them - and work together as a whole.

Full Power finally emerged in September 2013. It is a colossal, sprawling- widescreen-Technicolor-epic thing to behold when presented like this.
The 'directors cut' of English Electric parts 1 and 2 along with four additional new pieces, collated in a new definitive running order and lavishly packaged.

Make Some Noise was also released at the same time along with its accompanying video and in  an e.p format. Reaction was positive but for a few, the song caused a few raised eyebrows. It's a straight forward catchy rock song with fewer progressive elements than usual. It also kicks off Full Power.

Q1: Is it a new direction for BBT?
A: No.
Q2: Why is it not as typically BBT as the material on EE pt1 and pt 2?
A: The music reflects the subject matter of the lyric. It is a suitable soundtrack to the concept of the song which is about young people forming rock bands. The song features some musical nods to the signature sounds of some of those classic artist who inspired us to start playing in bands. Even the lyric is deliberately untypical of BBT.

When we write songs for BBT albums, Greg Spawton has a particular style to his writing which has been the bedrock of BBT dating back to The Infant Hercules. So when I began co-writing and then submitting material for the band, I did not want it to sound like Greg's writing and I did not always want it to necessarily fit in with what BBT would usually do. I wanted to offer an alternative and show the breadth of what we're capable of. I'm not interested in writing to formula and so I only write what interests me. Judas Unrepentant and A Boy in Darkness are most certainly progressive rock pieces, while Uncle Jack and particularly Leopards are deliberately less so. However, Uncle Jack and Leopards have both been lucky for BBT by being played on Radio 2.

In early September we were invited to attend The Prog Awards 2013. So Greg, Andy and I went off to Kew Gardens. We were nominated in two categories:- Best album and breakthrough act. We won the latter and were absolutely delighted. It was an honour for us to receive the award because it was the readers who had cast their votes.

Highlights included meeting Andy Tillison [actually - it was the very first time I met him which is odd considering we'd worked together on Le Sacre Du Travail earlier on in the year], Steve Hillage, Steven Wilson, Roine Stolt, Pete Trewavas and Matt Stevens. BBT were also name checked by the jovial Mike Portnoy during his acceptance speech for his virtuoso award - thanks Mike!

A big big thank you to Alison Henderson who organised The Big Big Weekend in Winchester, along with visits to notable sites that feature in BBT material alongside cultural presentations by Greg and Alison. A curry was eaten (because that's how this train rolls] and a visit to Aubitt Studio where Andy Poole and Rob Aubrey had Judas on the slab ready for dissection!

I'm thrilled that my fellow Tangenteer Jakko Jakszyk finally landed THE CRIM gig. Much as I've enjoyed the work that  Adrian Belew did with the band, I can't wait to hear what they come up with in their newly resurrected current line-up.

The final two months of 2013 we have been busy getting ready to go into Realworld during August 2014. We have chosen the material that we will perform and shortlisted five tracks to get into shape by the end of January. I have been busy arranging the various layers of vocals in a way that they can be performed by the band. It's sounding good so far! 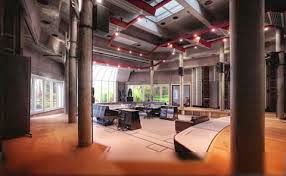